Man breaks his back by falling from tree 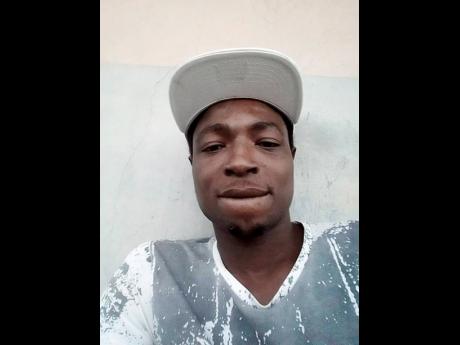 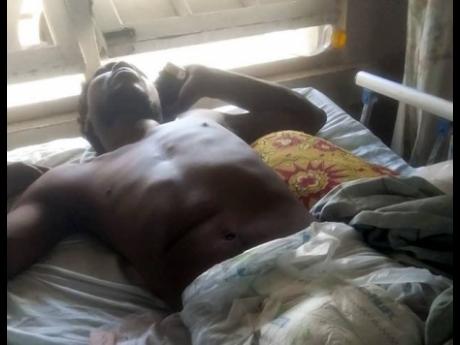 The past year has been extremely burdensome for 34-year-old Caldo Bingham.

The construction worker was still recovering from a machete attack that left him with severe injuries to his head when he fell from a tree and broke his back.

Currently hospitalised at the Annotto Bay Hospital in St Mary, Bingham is in need of an operation, but is unable to find the more than $600,000 that is needed to purchase a set of pins and screws for his back. His mother Jennifer Jones said they are reaching out to the public for financial assistance.

"He was at Kingston Public Hospital (KPH) and dem send him back to Annotto Bay Friday because we can't afford to buy the pins and screws yet. Dem say dem need di bed space and because mi nuh have the tings dem to do di surgery yet, might as well dem send him back until we ready. But mi really can't afford it and that's why mi a ask fi some help," she said.

Jones said her son lived a normal and independent life, but things started going downhill after he was attacked in his Hart Hill community in Portland and chopped by two men.

"When him get the chop inna him head and the doctors had to take a part of his skull and put in his belly to preserve it for five months. Last November them put back the piece a skull in his head so him did still a recover from it. Him still did have to come a KPH for treatment. The chop make him have seizures and because of the chop, him can't even use his right hand because the doctor said the left nerves connect to the right side a the body," Jones said. But Bingham's life was about to get worse as he fell from a tree on November 11.

"Him climb a breadfruit tree and one of the breadfruit hit him in his head and he lost his balance and fell. People pick him up and carry him to the hospital and X-ray show say him back break. Him get transfer from Annotto Bay hospital to KPH and he was in town until Friday gone," she added.

Jones said Bingham is in constant pain and wants to return to a normal life, but this feels far-fetched.

"Him can't move at all so him just lay down on his back until him get bed sores. He is in a lot of pain," she said. "Him used to do construction work and a that's why people could get to break into his house because sometimes him not at home. Dem tief him bed and other tings. Three times dem broke inna him house and now to see him a suffer like this really pain me."