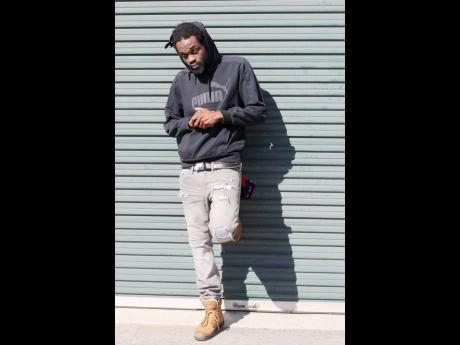 The original version was released months ago and has been receiving positive feedback but Fabigeez reasoned that the addition of the creativity and energy Bugle brings will expand the reach of the record.

Born Fabian Graham, Fabigeez explained that, "Bugle added two verses to the track and why I wanted to do a remix is just because we want to get the song on a different level. I have a brethren who has a link to Bugle so the link mek from deh so and so we decided to do the mama song remix and especially because Bugle recently lost his mother too. So that a the reason fi make it connect and resonate."

The track is jointly produced by Fabigeez's own record label Chronic Hill Records and Street Digital Records and will be released on October 7.

Fabigeez added that he is hopeful that the track will be an added boost to expanding his appeal to Jamaican listeners but admitted that this has posed some challenge so far.

"A jus mainly overseas my tracks play so far because you done know, mi no really have the link dem like dat inna yard. One and few radio stations gimme a spin still ... a one-two spin but nothing regular," he admitted.

"It bothers me for sure because it takes money to get it on a certain level but we jus' a gwaan do the work still 'cause you know a the Internet we a use and hopefully it spread all over same way," he added.

Fabigeez has also released From a Distance and Feel Your Pain.