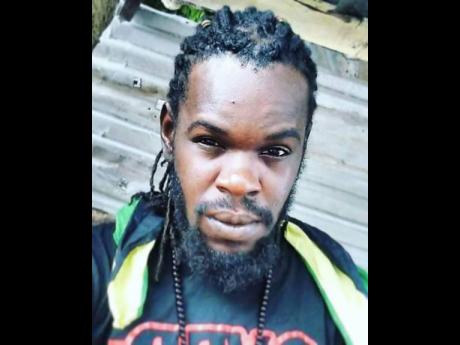 The commentaries he posts range from the political to calling out fellow entertainers for their behaviours.

His latest targets are Devin Di Dakta, who he warns against publicity stunts that could destroy an artiste's brand, and Macka Diamond, who he says needs to retire certain type of music used for attention.

Funnily enough, Icekoolio is trending on YouTube for dropping a track that could be taken for an attempt to get attention.

Inspired by popular brand KFC, Icekoolio said, "It's not for comedy or ah joke ting; it was never about encouraging laughter or calling out the company, because I am actually a lover of KFC. My girlfriend who used to work at the restaurant used to reward me with a nice piece of breast. I dedicate the track to her as well and actually recorded it on her birthday in July."

He continued: "I do follow Rastafarian practices but like I say in the track, mi nuh know weh dem put in the chicken. I stop eating chicken for a while but when my girlfriend (presently residing overseas) visits me, we have a date at KFC ... it come een like we create a tradition out of it."

The proud Spanish Town resident and former customer service representative at another fast food restaurant has recorded a catalogue that is constructed on promoting positive messages, including tracks like Loyalty and Put More Good Inna Wi.

"I make it a habit not to do demeaning or gun tunes and focus on fun lyrics. I am not targeting any specific group of people but it is my wish to make people in general feel good," he said.