Babymother was giving me bun with a cabbie 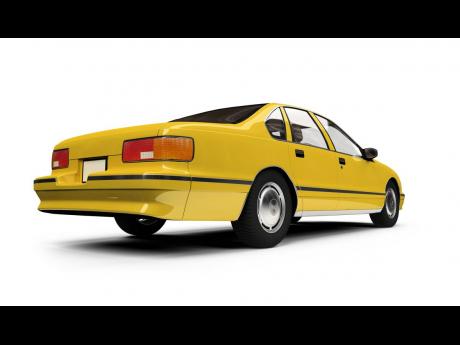 Some years ago, you did an outside broadcast in Mandeville. Many people were there, including me. We all enjoyed the broadcast. From that time, I have not missed any of your shows.

I was living at the time with my children's mother. But I left her because she was not trustworthy. I used to work at nights as a security guard and while I was at work, she used to leave the house and go to another man's house. When I gave this woman money to buy food, she stole it to give to this man. This man used to drive a taxi. It was his taxi friends who told me that my babymother used to leave my children at home and go out with him. Other taxi drivers saw them together.

One night I pretended that I left for work, but got back home an hour later and I was in time to see her going into the man's car. The children were left alone. I went in and stayed with the children. When she came back two hours after, we had a fight and I told her to leave. She told me that I was no good because I could not satisfy her, and the taxi man was meeting her sexual needs. This man lives with a woman, so I don't know where he used to take her when he picked her up.

She is very ungrateful. When I met her, she didn't have anything. She said her boyfriend was not treating her well. I took her and gave her a good place to live. Where we were living is my place. I fixed it up, put on a bathroom and a kitchen. I call the children my children, but I only have one child with her. I met her with a daughter and all this woman did was to give me bun and to leave my four-year-old son with her daughter.

Now that she is out there in the cold, she is begging me every day to take her back. I don't want her back. Friends used to tell me that she was not a good woman, but I did not listen. I just wanted to help her. Now I know that a man should not get involved with women who are much younger than them. I am 55 and she is 30.

I am now having a relationship with a woman who is 40 and we are getting along very well. I am even thinking about marrying her. This woman wants to go in to her church. I wonder if I should marry her. We don't have children together. I try to support my son. I asked my babymother to give me my son, but she does not want to do so. Please tell me what I should do.

You were sure that your child's mother was unfaithful to you and she proved that she was when you went back to the house and saw when her boyfriend picked her up and brought her back. You broke up with her after she cursed you.

Now you are with another woman who is closer to your age and this woman is eager to get married. You should know whether or not you want to get married. Do you know this woman enough? Can she be trusted? Why do you want to take your son from his mother? Is she still using your money to help to support her boyfriend? If you believe that she is not taking care of your son, you should consider applying for custody. But perhaps you should discuss the matter with a lawyer before you decide what is the best thing to do.