I can’t keep a man - Married and divorced three times 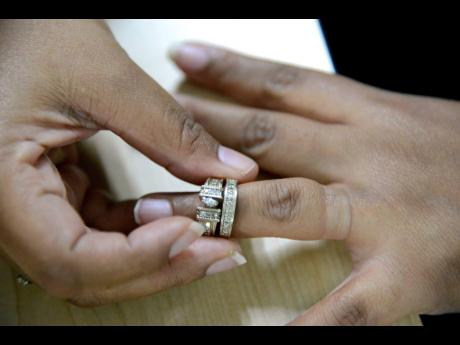 I am having a problem. I am 41 years old. I came to America when I was 23 years old. I went to college, and there I met a young man and we fell in love. His parents were from one of the smaller islands. He and I graduated together. We have two children together. After four years, he started to do things that were not good. We decided that it was better for us to get divorced. So we did.

I met another man and we got married. He was younger than I was. My children loved him. That marriage did not last. He did not behave as a married man and he started to do drugs. He was not a good example to the children. He did not support the home and he lied a lot. I started to attend church, but I was not happy.

He did not change

I met another man who was in my field of work. He was much older than I was. He was divorced twice. We went out for two years, and then I moved in with him. He wanted to restrict me from doing what I wanted to do, and to tell me how I should raise my two children. He said he would change. We got married but he did not change. I should not have married him.

One day he told me that the marriage was not working, so he was going to leave. We broke up and it affected me because it was three times that I got married. A family counsellor told me that something must be wrong with me why I can't keep a man. I was shocked when he said that to me. I know I am not perfect and I am not a saint, but I have to live a good life. I do not abuse my children. I love them so much. And I do not put any man before them.

What do you think about divorce? Do you think I should take the risk and marry again?

Perhaps you were too trusting and too eager to get married when you were younger. And as a result, the relationships did not work. Please understand that I am not blaming you for the break-up of your relationships. You know you have your faults, but everybody has faults. Everybody makes mistakes.

Your present man friend has told you that he does not care how many times you were married and divorced. What he is really concerned about is the type of relationship that both of you are having. That means, he has the right attitude and he is mature. But, you have a right to be concerned.

What I would suggest that you do is that you and this man should go to see a family counsellor or psychologist long before you plan the date of your wedding. Discuss just about everything that may affect your relationship, such as family background, money, children, etc. No one can be absolutely sure what will happen in the future. You should just do your very best now and hope that everything will go well for you in the future.

If you believe that your present man loves you and you love him, don't be afraid to make a commitment to this man. Find out all you can about him, but always remember that you may never know all about a man; neither is it possible for a man to know everything about a woman. A man is totally different from a woman, not only physically, but the way he thinks and operates.

Don't allow fear to take over your life. Don't rush into marriage, but don't wait until you are old before you get married again. I hate divorce, but divorce is a necessary evil. Don't condemn yourself because you were divorced three times. I wish I know what the future holds for you, but I don't. Only God knows, therefore, seek His guidance.