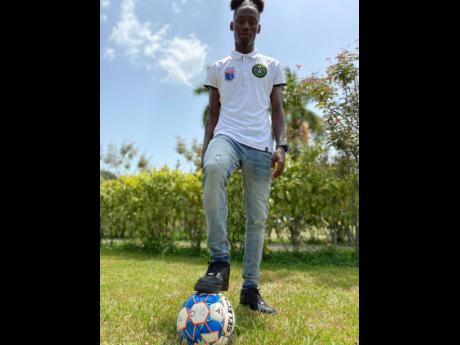 Vere United forward Ricardo Messam has heaped praise on coach Donovan Duckie after he scored his first two Jamaica Premier League (JPL) goals in a 3-1 win over Humble Lion last weekend. The win kept Vere unbeaten in the league and third in the standings on eight points after four matches.

Messam says Duckie is a tough taskmaster in training, but the coach's assessment of opposing players and teams tends to be spot on and all the players in the Vere squad have learnt to trust his judgement and they have all seen improvement in their games."The team has been performing very well because we have a very good coach in coach Duckie. When he talks we listen and trust in him and go out and execute," Messam told STAR Sports. "He is always telling us how to behave like real professional, like overseas players. If you have a bad touch he will tell you, 'that is not how the professionals do it.' If you ease off in training then he won't take that. I scored two goals and those are my first two goals (in the league) and they have come under coach Duckie. So I have to give thanks to him because the hard work he demands is now showing," he explained.

The 22 year-old forward played at Sporting Central Academy and Harbour View before returning to his native parish last season. He describes his experience with the other clubs as learning stages in his career.

"Sporting Central was really a part of the learning process to become a better player. Harbour View was where I played my first Premier League game. I came into this season with my sights set on goals and getting two in one game gives me a good feeling. Now I want to score more goals to help the team progress," Messam said.

"Now we take every game step by step. We are not saying we are going to win the league. This is really a learning process for all the young players. But I believe in my team and I think we can go all the way. We, however, just have to take it a step at a time," the former Garvey Maceo student said.

He adds that it is also his dream to play overseas and to become a Reggae Boy.

"My dream is to go to a big league, like the premier league in England and to play in the Champions League. I believe in myself and I have the ability," said the Lionel Town resident.