Peart: All is well in Tokyo 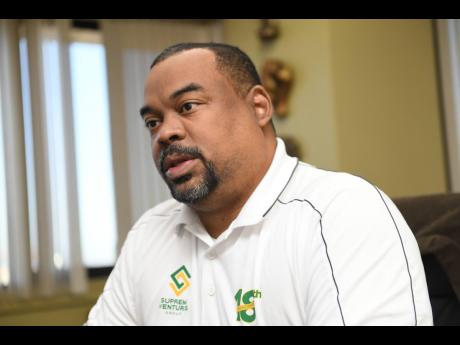 Chef de Mission of Jamaica's delegation at the Olympic Games in Tokyo, Japan, Gary Peart, has given his stamp of approval on the systems and protocols put in place by the Japanese government to mitigate the threat of COVID-19.

Peart says that he is so far satisfied with everything at the Olympic Village, ahead of the July 23 start of the showpiece event.

The postponed Games will get under way with an opening ceremony on Friday morning (Jamaica time) and Peart, who besides being the chairman at lottery giants Supreme Ventures Limited and CEO for Mayberry Investments, is also the president of Jamaica's Modern Pentathlon Association, said despite some hiccups, things have been going smoothly for the delegation so far.

"The Japanese organisers have done pretty well. The planning has been great but execution in some areas hasn't been ideal, but overall they have done a good job," Peart told STAR Sports.

Peart noted that the postponement of the Games from its original summer 2020 start date, has actually helped the management team with its preparation for the event.

"The preparations are going well," said Peart. "I have been preparing from 2019 and the postponement in 2020 helped to improve the preparations. I have been to Japan twice before the Games and inspected various competition sites, residential spaces and (had) numerous meetings with relevant Japanese and Jamaican officials. I also met with officials, who have been head of delegations for different Games both for Jamaica and other countries."

With the effects of the pandemic continuing its grip on the world, Peart shared that care has also been taken to address and prevent any potential psychological fallout or effect on the island's representatives in the Japanese capital to limit anxiety and any other issues that might arise.

"We ensure and remind them of the various COVID-19 protocols. We also have a clinical psychologist, Dr Scott Hamilton, on the team to assist with improving the mental fortitude of all team members; create a comfortable environment, which reminds them of home, encourage communication with family, supporters and remove unnecessary inhibitors," Peart added.

So far, just five athletes from the 62 that will be representing Jamaica at the Tokyo2020 Olympic Games have arrived inside the Olympic Village, with diver Yona Knight-Wisdom expected to land in Tokyo early Thursday morning.

Most athletes from the track and field contingent, which accounts for the majority of the delegation, are expected to arrive on the opening day of the Games, July 23 (Japan time).

Meanwhile, with reports last week that several athletes and delegations have lodged complaints about the quality of the modular beds inside the village, Peart noted that there have been no complaints from currently small Jamaican party on the ground.

"I am not aware of any complaints from athletes about the bed. Personally, it sleeps very well. All the components are from recycled materials and is the Japanese way of encouraging a green environment," said Peart.