Costa Rica clip Ja 1-0, Boyz to face US in quarter-finals 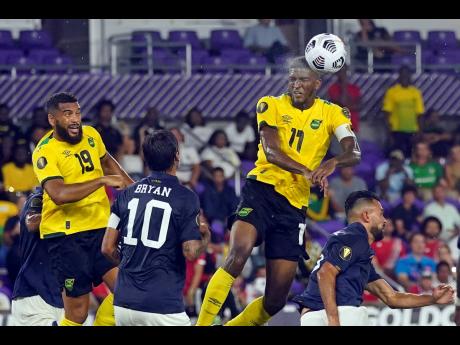 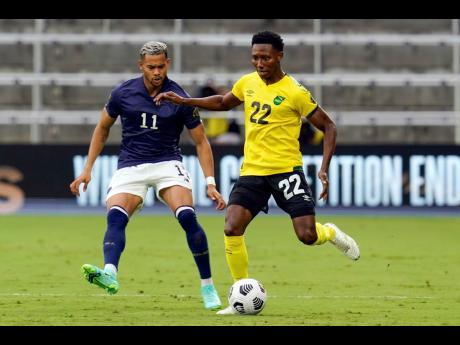 Despite having the majority of chances, Jamaica were defeated 1-0 by Costa Rica in their weather-delayed final Gold Cup group game held at the Exploria Stadium in Orlando, Florida last night.

Bryan Ruiz scored the game-winner in the 52nd minute as Costa Rica secured top spot (nine points) in Group C and a quarter-final matchup with Canada. Meanwhile, Jamaica, who finished as runners-up with six points, will face the United States in their quarter-final match on Sunday in Arlington Texas.

The game was stopped for two hours after just three minutes were played because of lightning in the area as well as heavy rainfall.

National head coach Theodore Whitmore made eight changes to the starting 11 that defeated Guadeloupe last Friday which included the introduction of Watford striker Andre Gray. It was Gray that had the better of the Jamaican chances in the first half as he managed to test Costa Rican goalkeeper Leonel Moreira. Blair Turgott's low pass managed to find Gray but his tame shot was saved. Shortly after, Gray worked himself into a goalscoring position on the right-hand side but Moreira was again equal to the task. Jamaica had the majority of chances in the first half with Costa Rica only managing to register one shot.

The second half started with more of the same with Jamaica putting the pressure on the Costa Ricans. The Boyz's best chance came in the 51st minute when Kemar Lawrence's low cross managed to find Tyreek Magee and the latter's pass found Gray but his shot from a tight angle went wide of the post. It was a chance that Gray wished he had taken because a minute later, Costa Rica managed to find the breakthrough against the run of play. Full back Keysher Fuller managed to win the ball from Magee and got the ball to Ariel Lassiter. The latter's cross found the head of Ruiz who powered his header into the net.

Jamaica went back on the offence and almost got the equaliser in the 63rd minute from a corner when Junior Flemmings' header was tipped over the bar by Moreira. But Jamaica were given a lifeline when Moreira was sent off in the 72nd minute for handling the ball outside the box after a poor backpass allowed substitute Corey Burke to be through on goal.

Despite a late surge by Jamaica, they could not capitalise on the man advantage. Substitute goalkeeper Esteban Alvarado managed to deflect two low crosses by Burke before any onrushing Jamaican players could score from close range. The Reggae Boyz finished with 18 shots, five of them on target while Costa Rica had five shots with only one on target.