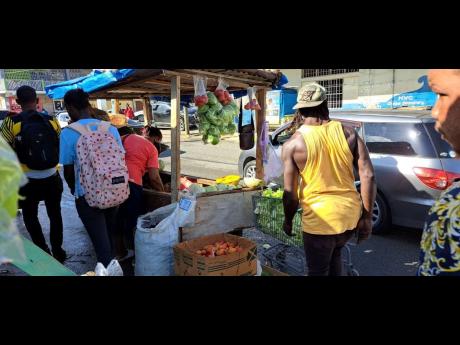 Vendors displaying their wares on the streets of Port Maria, St Mary. They say using the new market does not help them make sales. 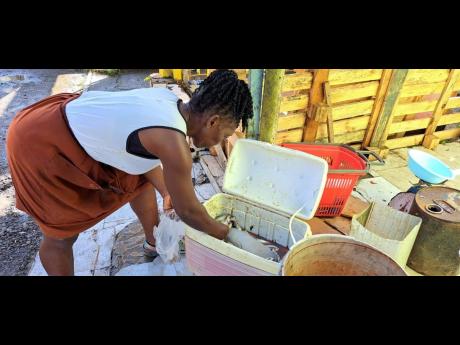 Fish vendor Lurline packs a bag with fish that she hopes to sell. 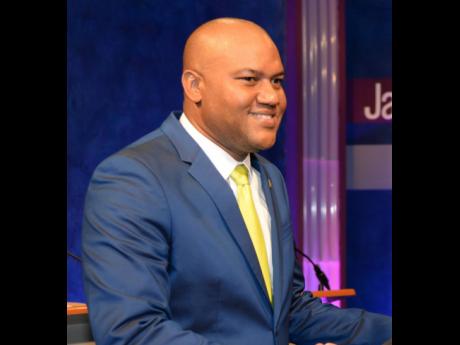 While public officials grapple with new ideas and measures to stem illegal vending, traffic congestion and unauthorised parking in Port Maria, St Mary, some vendors are adamant that they will continue to sell their wares on the town's streets.

Lurline, a fish vendor, said that selling in the newly constructed Port Maria Market is all but a waste of time, as many shoppers find it increasingly difficult to park elsewhere and then walk to the market.

"As a fish vendor, I am out in the streets of Port Maria selling, as it makes no sense staying in the market all week without making a sale," she said.

"It just naah work out. All we do a jus pay vending fee and sleep a daytime. When we out pon di street, more people see us and come buy. Di market dead and nutting nah gwaan in deh, so we haffi do road. COVID-19 mash we up already and di prime minister promise we a good Christmas. So we a try mek some money inna di holiday. All we deh out yah, we still pay vending fee. But if I was in the market, mi fish dem spoil," she added.

When the news team visited the parish capital last Friday, several vendors were spotted setting up stalls along Main Street in Port Maria, stocking them with varied products including fruits, vegetables, ground provisions, clothing and household items. The vendors have maintained that they are forced to turn their backs on the market as supermarket operators are selling similar items, which makes it even more difficult for shoppers to visit the market.

With taxi operators also causing traffic congestion while forcing their vehicles into any available open space to secure passengers, the police at times seemed powerless to enforce law and order as they too are heavily criticised for allegedly targeting cabbies".

Mi naah violate, but police fi understand we haffi hustle and things tough," said one taxi operator, who gave his name only as Demar.

"When we park round a di bus park, no passenger nah come round deh and we haffi pay fi licence and insurance. It just like a waste of time if we tan round deh. Cause nobody naah go supermarket and come all di way round a seaside fi tek taxi. But when we out yah near KFC plaza, we get nuff work. But when police come dung pon we, all we do a tek weh wi self," he added.

Mayor of Port Maria, Richard Creary, said that he is hoping that the St Mary Municipal Corporation and the police can find common ground as they seek to tackle the chaos and disorder that has been plaguing the parish capital for a prolonged period. Creary is calling for more support from the police to deal with the illegal vending along the streets and the illegal parking.

"The municipal police are basically powerless on their own to rid the streets of illegal vending," said Creary. He opined that major towns islandwide, including Port Maria, were never designed for the level of traffic they experience.

"Port Maria was designed for horse and buggy from those days. So we now have a lot of vehicles. We have established on-street parking on two of our streets in Port Maria (Main Street and Warner Street), which have helped to ease the traffic situation," he added. He said that there has been a significant decrease in traffic congestion on varied streets in Port Maria due to this measure. He argued that one of the main challenges is that of delivery trucks, which cause lengthy delays when they are unloading goods for business establishments.