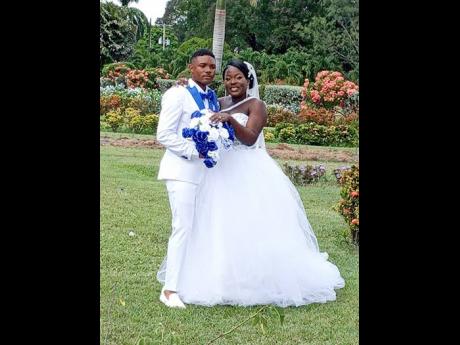 Taskise and Kamar Rattray on their wedding day. 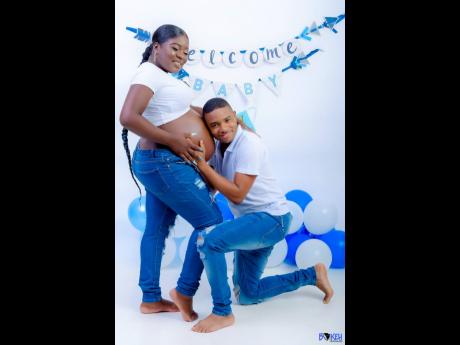 Taskise and Kamar were ready to raise their son, but it wasn't to be as he died shortly after birth. 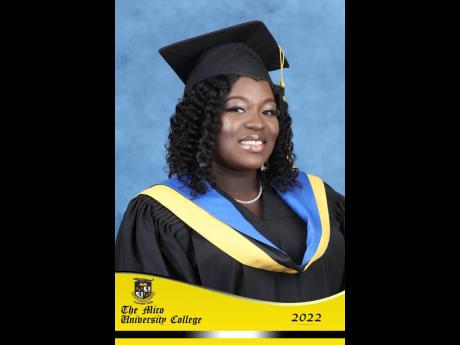 Taskise Rattray and her husband, Kamar, have endured a testing over the past few months. In October, the couple was smiling from ear to ear as they prepared to welcome their newborn, only for their optimism to give way to agony as the baby died shortly thereafter.

Less than three months after the death of the newborn, on December 1, Taskise walked across the stage at The Mico University College to collect her certification after successfully reading for a bachelor's degree in secondary education with specialisation in family and consumer science. Two days later, she and Kamar were standing at the altar, being joined in holy matrimony.

"Persons have gone from telling us condolences to congratulations," Taskise, a native of Mavis Bank, St Andrew, told THE STAR.

The 24-year-old strongly believes that her tribulation has its roots in spiritual wickedness. In fact, she is convinced that evil doers are responsible for the death of her newborn. She recalled getting a dream that someone hit her in her stomach with a stone during the time of her pregnancy. She believes it is one of the clearest revelations that evil contributed to her son's demise.

"When I woke up in the morning I could actually feel the pain in the same spot where I got the hit. About three months later the baby died ... I know his death was spiritual," she said.

Taskise said she had a "normal healthy pregnancy" and that the baby was born at full term.

"Everything was normal, ultrasound and everything. The pregnancy was perfect and then my baby came out and he actually died about an half an hour later. It was really devastating and I didn't eat for days because I just couldn't believe my son passed," she said.

Taskise said many persons believed her partner would have split from her after the death of the child, but he stood by her side. He eventually popped the question and she said yes.

"I am the first in the family to ever step out and get married to a soldier," said Taskise, while adding that some persons thought she should have followed family tradition and got married to a farmer.

The couple said their 'I dos' during a ceremony held at Hope Gardens in St Andrew last Saturday. Taskise said her next journey includes securing a teaching job and just merely enjoying marital bliss with Kamar.

"I felt really accomplished to know that despite the spiritual warfare that we were going through, God help us to overcome, so I feel blessed. ... I want to encourage other persons who have been faced with spiritual warfare not to shy away from speaking out because sometimes it can cause your relationship to end, so never give up," she said.