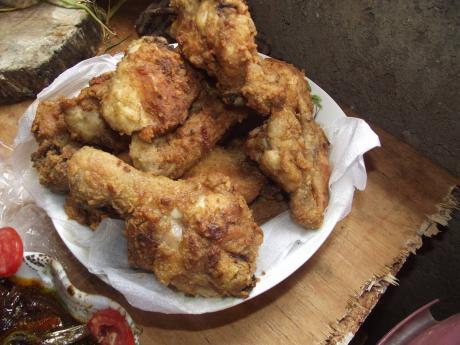 A 37-year-old man avoided jail after he admitted to the Kingston and St Andrew Parish Court that he assaulted his sister because they had an argument over a plate of food.

He pleaded guilty to assault occasioning actual harm and unlawful wounding on Thursday. It was reported that he and his complainants, his sister and her son, were at home cooking dinner. The man reportedly asked about his dinner but it was not forthcoming. An argument ensued between the siblings, and the man used a piece of metal to hit the complainants, causing a wound which bled.

"This is over a plate of food?" Senior Parish Judge Lori-Anne Cole-Montaque asked rhetorically. "I am sorry," the man responded.

The judge asked the complainant if she was seeking compensation for the injuries she and her child sustained. However, she declined the judge's suggestion, imploring the judge that she was only seeking to have the matter disposed of.

"I could have him rub some time you know," the judge pressed. "No, I just want it done and over with. We're going our separate ways," the complainant said.

The man, who told the judge that this was his first time before the courts, was given probation order for one year on each offence.