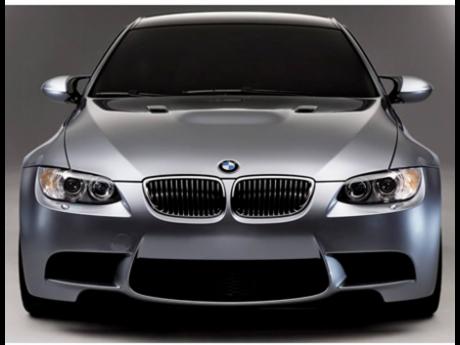 A 20-year-old garage worker who took a client's BMW motor vehicle out for a joyride at 2 a.m. crashed the high-end vehicle.

The defendant, Leroy Stewart, who appeared in the Kingston and St Andrew Parish Court on Wednesday, pleaded guilty to larceny of motor vehicle and malicious destruction of property before Senior Parish Judge Lori-Anne Cole-Montaque. The judge was eager to find out what influenced Stewart's actions.

"What possess you to do that? A BMW? You couldn't start at a Toyota? Not styling anybody, but why, why you did what you did?" the judge asked.

"Not sure," Stewart muttered.

As a friend of the court, attorney-at-law Damian Heslop intervened on behalf of Stewart, who did not have an attorney, begging for leniency

"The fact that he works at the place, and to go a tad bit further, I don't want to say it is common practice, but a lot of these places where vehicles are washed and fixed, the employees take the vehicle and have a little joyride and bring the vehicles back. And based on his demeanour, Your Honour, I was moved to believe that he just saw the vehicle and was fascinated by it," Heslop submitted.

The prosecutor interjected that the incident happened at 2 a.m., when the garage was securely locked, evoking laughter from the courtroom.

"Does that change the complexion of your argument?" the judge asked Heslop.

"I have now heard the full allegations," Heslop said, before taking his seat quietly in the bench. Heslop was commended by the senior judge for assisting a citizen who lacked legal representation.

Stewart was remanded in custody until December 1. A fingerprint order was made.