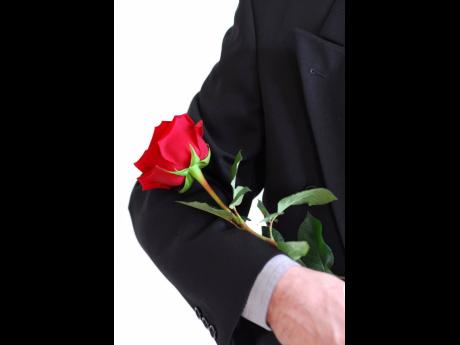 A multiple-time convict blew kisses and complimented a "very pretty" judge on her appearance after she spared him from a lengthy prison sentence yesterday.

The man, Marlon Hamilton, who told Senior Parish Judge Lori-Anne Cole-Montaque that he has "about 10" previous convictions, begged for leniency after he was told that he could be locked up for three years. He was sentenced to 19 months' imprisonment, but will serve 10 months, after the judge gave him the opportunity to plead his case.

He appeared before Cole-Montaque in the the Kingston and St Andrew Parish Court for sentencing for the offence of larceny from the person and unlawful wounding, having pleaded guilty to the offences in August.

The court heard that on July 28, the complainant was walking along Barry Street, downtown Kingston, when Hamilton unzipped the complainant's bag and removed a cell phone. The complainant gave chase and was injured in the process. It was not shared with the court, however, the implement that was used to inflict injuries.

"Oh God, Jesus!" Hamilton bellowed as he held on to his head, after his potential three-year prison term was revealed.

The judge, in outlining her reasons for not giving the maximum sentence, said she would take into account the fact that he pleaded guilty.

"It is so hard for me because I truly like you," the judge assured, indicating that she remembered an interaction with him in her court three years ago. "I am not going to give you the three years though," Cole-Montaque said.

Hamilton, who was unrepresented, had begged the judge to give him a chance at freedom.

"I will stay out of trouble, me can buy shoes and sell you know or cheap cologne. Me can do that because you tired of see me now. Me can tek off the mask and talk to you please?" Hamilton asked, evoking bouts of laughter in the courtroom.

The judge, however, denied his request to remove his face mask, even as she told him "I just don't like seeing you where I am seeing you".

"You know what? There is a charm about you, but you have to go away for a little while," the senior jurist added.

"Thank you, yuh hear. You are very pretty," said Hamilton who blew kisses and heaped praise on the judge before being taken from the courtroom.