Marine biologist answers the call of the ocean 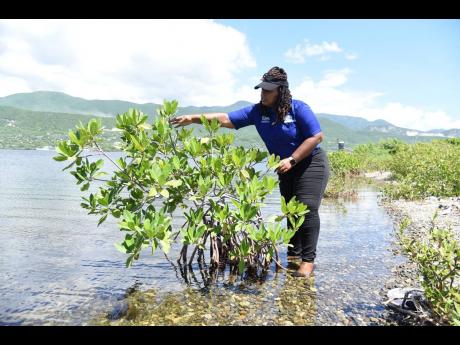 Raynor checks the health and growth of mangroves along the Palisadoes road. 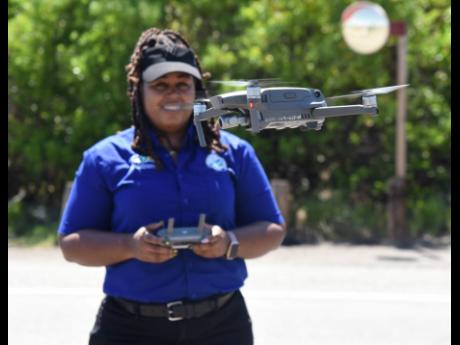 Raynor prepares to launch a drone to get a better view of the marine flora in Port Royal. 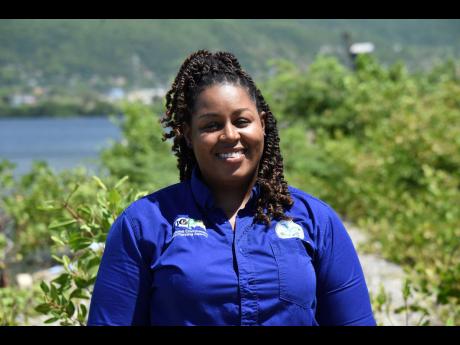 Marine biologist Chanel Raynor is the coordinator of the Ecosystems Management Branch at the National Environment and Planning Agency.
1
2
3

Destiny may have led marine biologist Chanel Raynor to pursue a career related to marine life, as she admitted she was smitten by the ocean from an early age.

"I always went to the beach and at first I was terrified of the ocean. But then I got a snorkel and I started to investigate what was touching me at the beach all these times. It was the snorkel that helped me get over the fear and they say knowledge is power, and as soon as I saw what was down there, I wanted to know more," Raynor shared.

For the past seven years, the 29-year-old has been basking in the joys of her job, ditching corporate attire for scuba diving gear.

THE STAR was able to travel with Raynor, the coordinator of the Ecosystems Management Branch at the National Environment and Planning Agency, to understand what her job entails. She spends most of her days studying Jamaica's aquatic life, coral reefs and beach erosion in efforts to preserve the environment.

But it was not the typical interview, as her office for the day was at the Port Royal Protected Area.

By boat, the news team traversed the area, observing mangrove sanctuaries as well as being teased by glistening waters and pristine shorelines. Raynor said it is a job she would not trade.

"It is so fun, just being in the water. Sometimes when you scuba diving or snorkelling, sometimes fish come up to you and come up in your face and it is so cute, and when you discover something new, you go home and Google it and you say 'Oh! We have that in Jamaica, that's so awesome'. The ocean is a scary place, and I like that every time you go in there, you can see something that you have never seen before," she related.

One incident that stood out for her was seeing 100 lobsters in the Port Royal Protected Area. Raynor said this inspires hope that the environment is healing and sustaining itself, if it is treated properly.

Raynor holds a bachelor's of science degree in marine biology from The University of the West Indies, Mona, and has just completed a master's from the University of Science and Technology, South Korea. She is peeved at the improper garbage disposal practices and overfishing that threaten marine life.

"Anything that you throw in a gully, eventually ends up in the ocean and I want us to be more conscious of what we do with our solid waste. People throwing over their anchor on reefs, people repairing their boats in the water, those are the things that concern us when we are out at sea," she said.

Raynor, who is a trained scuba diver, former water polo player and competitive swimmer, shared that she hopes locals will be more environmentally conscious and appreciate flora and fauna "as something to marvel at, not to exploit".