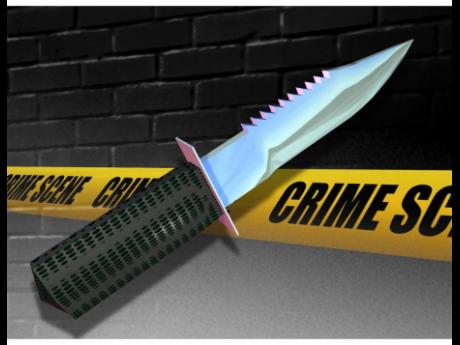 A 24-year-old Corporate Area woman yesterday confessed in the Kingston and St Andrew Parish Court to stabbing a schoolboy whom she believed was bullying her younger brother.

The woman was brought before the court on charges of being armed with an offensive weapon and wounding with intent. It was reported that on October 6 at 4:20 p.m., the woman and a companion attacked the complainant, inflicting wounds that bled.

"Yes, Your Honour, I stabbed him one time," the woman further told Senior Parish Judge Lori-Anne Cole-Montaque. She said that she saw one of her brother's friends who pointed out the complainant as being among a group of persons who assaulted her brother.

She further told the judge that after she stabbed the complainant, she walked away from the scene but noticed that men had begun to kick the injured teen, who was now on the ground.

However, the senior judge was perplexed by the confession.

"It still baffles me how calmly some defendants can speak about some things. I have been a judge for a long time and I am still truly baffled how a person can express some things," she said.

The investigators shared with the court that they are opposed to bail, as they deemed the woman elusive, as she failed to appear in court for a 2015 matter.

"I was cussing my boss for my money," she confessed, admitting that she was previously charged with using indecent language.

"I don't like how this is sounding for you," the judge said.

The woman pleaded guilty to being armed with an offensive weapon and was subsequently fined $3,000 or serve 10 days' imprisonment. She was made the subject of a fingerprint order and was further remanded in custody until November 14.