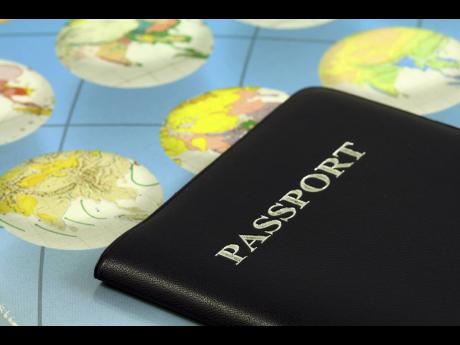 A marriage officer was hit with false declaration charges following a sting operation by under-cover cops at an arcade in the Corporate Area.

The marriage officer, Antonio Williams, 46, is accused of illegally collecting sums of money from people who are seeking to certify passport application forms. It was revealed in the Kingston and St Andrew Parish Court on Wednesday that he was nabbed after lawmen, pretended that they wanted passport applications to be verified, signed and stamped.

The sting operation was carried out by police attached to the Counter-Terrorism and Organised Crime Branch, and members of the Major Organised Crime and Anti-Corruption Agency. The court heard that the police received information that the marriage office was certifying passport application forms and other business documents, at a cost, for people whom he did not know.

It is alleged that on two occasions, the undercover cops visited the arcade with documents to be signed. He gave the documents to a third party and paid $2,500 for the documents to be authenticated. The stamp assigned to Williams was allegedly imprinted on the documents when they were brought back to cops. The court heard that the alleged incidents were captured on video.

Police attached to the Counter-Terrorism and Organised Crime Branch, and the Major Organised Crime and Anti-Corruption Agency received information that Williams was certifying documents for financial benefit.

When Williams appeared before Chief Parish Judge Chester Crooks, he asked that he be assigned legal representation before he enter a plea.

Crooks indicated that he would be given the opportunity to have legal representation assigned to him, once he is interviewed by an officer of the court.

Williams is on $300,000 bail and was ordered to turn over his travel document, but a stop order at the island's ports of entry or exit could not be effected, as Williams shared with the court that he does not own a passport.

"I had a passport when I was 13 [or] 14 years old, it expired long ago and it was lost," he told the judge, adding that he owns a birth certificate and should be able to locate it.

The matter was adjourned until October 7, when bail conditions are to be added at that time.

In the meantime, Williams was ordered to report to the police once a week and was made the subject of a fingerprint order.