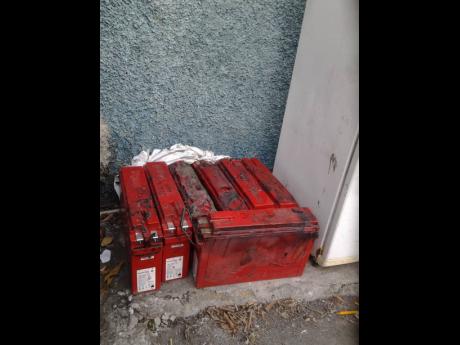 A deacon at one of the island's Seventh-day Adventist churches was offered bail on Thursday in the Kingston and St Andrew Parish Court, where he is facing allegations of stealing more than $2 million worth of motor vehicle batteries.

The 48-year-old accused was offered bail in the sum of $500,000 with at least three sureties with strict conditions attached. The allegations are that on May 30, the deacon, a Kingston 13 resident, handed over forged documents purporting to be lawfully issued by personnel employed at the Kingston Industrial Garage (KIG) dealership. The documents said battery warrant invoices were used to steal 117 Motorcraft batteries, valued at $2.12 million. It was further alleged that the deacon discarded several of the forged invoices when the discrepancies were brought to his attention.

In a bail application before presiding judge Jacqueline Wilcott, the deacon's attorney Nicholas Edmond said his client was an employee at the dealership for 27 years.

"In relation to the allegations, we deny that there was any attempt to defraud KIG of the Motorcraft batteries," said the lawyer, adding that the accused was a receival and stock clerk and as such he had "no interaction with customers or the public".

The lawyer said that based upon the security checks that KIG has, the deacon would be able to move no car parts, except from the warehouse.

Edmond stressed that the deacon, a father of four, ages seven to 18, was a fit candidate for bail as he was not a flight risk and there was no intention to interfere with the complainants.

Wilcott, in admitting bail, imposed a condition that the deacon does not have contact or communication with anyone in the matter, and is not to be seen in the vicinity of, or on the compound of KIG. He is to surrender his travel documents and a stop order was made. He is also required to report to the police three times weekly.

The matter was adjourned until November 11, when the matter is to be mentioned.