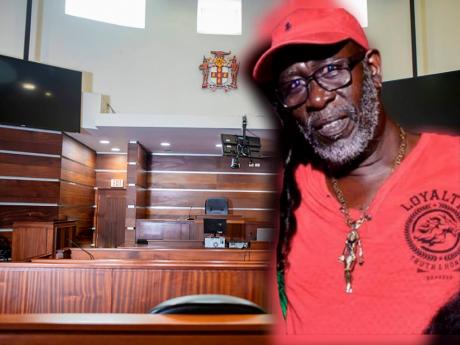 Murder-accused Everton 'Beachy Stout' McDonald, has fallen victim to fraud, after more than US$200,000 (approximately J$30.3 million) was taken from one of his bank accounts.

The raid on the account, which is jointly held with another complainant, comes as the Portland businessman languish behind bars. McDonald has been in custody since August 2020. He is charged with the murder of his first wife, Merlene 'Petal' McDonald, in May, 2009, and his second wife, Tonia Hamilton-McDonald, who was killed on July 20, 2020.

Prosecutors alleged that two youngsters, Romane James, 22, and Demar Bryce, 21, conspired to commit the offences. The men placed before the Kingston and St Andrew Parish Court yesterday for breaching the Proceeds of Crime and Larceny acts.

James, unemployed, of a Manchester address, and Bryce, a backhoe operator of a Clarendon address, are charged with simple larceny, conspiracy to defraud, engaging in a transaction that involves criminal property and possession of criminal property. They were not required to enter any plea yesterday.

The matter was adjourned until October 13 for mention and judge Cole-Montaque made an order that disclosure be made available by September 21.

Earlier, the court heard that JMMB Bank made a report to the police in relation to insurance and encashment of several cheques conducted on a joint account maintained by McDonald and another complainant. The bank, during a review of the joint account, found the telephone number and email address on file was changed after a request was submitted. A renewed driver's licence was also submitted for McDonald.

The bank subsequently received several telephone instructions for cheques to be prepared in the name of James and Bryce.

Further allegations indicate that the accused conspired between July 9, 2021 and June 8, 2022 and had cheques totalling US$215,300 (approximately J$32.7 million) made payable to them. The cheques were allegedly encashed at various branches of the bank.

Investigators said that a statement was recorded from McDonald and the other complainant, both of who denied conducting the transactions.