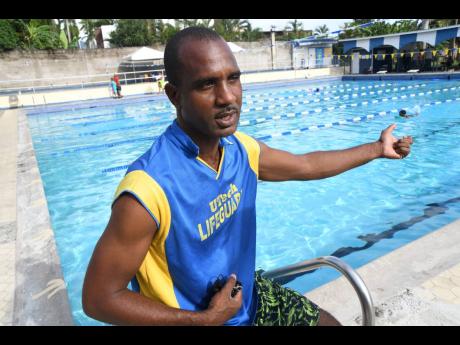 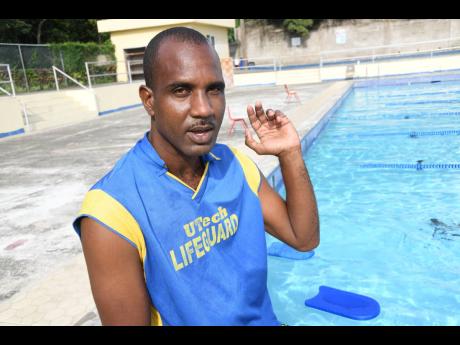 When Krishna Rose was five years old and rattled by episodes of asthma attacks, his paediatrician recommended that he started swimming to help him build his lung capacity.

Swimming is considered a great exercise for asthmatics. His parents took the plunge with him, and some three decades later, he is still in love with water.

Rose, a former national swimmer, has made a career from being in the water. He is a lifeguard instructor and swim coach who readily discloses, "I love what I do ... I have never worked a day in my life!"

The role of a lifeguard instructor, according to Rose, is to ensure that lifeguards are competent in carrying out accident-prevention techniques as well as completing a rescue mission.

"I like being at one with the water, and I like the respect it gets, because if the respect is not there, that's how you have accidents and problems," he said.

He is one of the 10 active lifeguards employed with the Royal Life Saving Society, the organisation in Jamaica responsible for training and certifying lifeguards in accordance with the Public Health and Swimming Pools and Beach Control Acts. Rose trains lifeguards who are employed at the hotels, tourist and public beaches in Jamaica.

The holder of a level two certification from the American Swimming Coaching Association, he also helps Jamaicans to overcome their fear of the water. Despite being an island, a study conducted in 2013 found that an alarming 75 per cent of Jamaicans were unable to swim. Rose said that he was not alarmed by the findings.

He reasoned that there is a shortage of facilities for persons to learn how to swim.

"It is not shocking because there is a need for facilities," said the swim coach who spends hours in the pool daily, helping other Jamaicans -- some of who are swimming to fight asthma -- to make their big splash. For Rose, the water can be considered therapy, even though he quickly acknowledged that swimming "didn't get rid of the asthma".

"It just made it manageable," the water lover said.