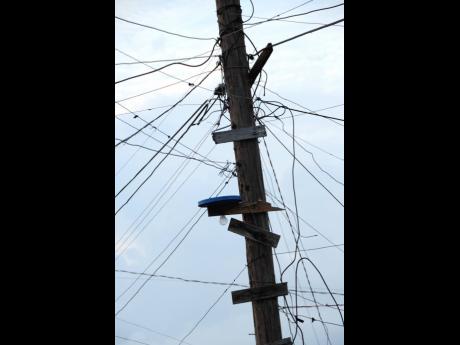 A Jamaica Public Service Company (JPS) representative yesterday made a passionate plea for a judge to exercise mercy on a Corporate Area woman who pleaded guilty to stealing electricity.

The confessed light thief yesterday told Senior Parish Judge Lori-Anne Cole-Montaque that she had been using the illegal connection for the past two months. The mother of four said that she has not been working, and so was unable to regularise her connection.

In a jaw-dropping move, the utility company's representative asked the judge to exercise mercy.

"Based from my observation, her condition is one that doesn't speak well. If they cannot pay $1,500 in rent, I don't know how they will pay the fine [for the offence]," the JPS representative said.

Between 18 per cent and 20 per cent of all electricity generated is stolen. Paying customers share the cost of theft, along with JPS, according to the company. The amount is determined by the utilities regulator, the Office of Utilities Regulation.

Cole-Montaque described the plea for mercy as noble.

"I know that things are not easy for all of us but as you know when there is the usage of electricity, if she doesn't pay, I am likely to absorb the cost because that is how JPS operates. It is so funny how JPS asking for mercy but they don't show mercy to nobody but it is noble because you have been there [at the premises]," the judge commented.

The court heard that on August 19, an operation was conducted in the accused woman's community of Duhaney Park, St Andrew. A JPS technician reportedly identified a metre that had been disconnected for non-payment of electricity bills, as well as two pieces of wire, described as 'throw-ups', at the premises. Two fans, a component set, a television and two light bulbs were in use.

The accused woman, who wore a neck brace, told the judge that she was hurt in an accident on January 15 and has been unable to secure employment due to her injury.

"I did have my father, but him did sick and me did have him card a use but dem tek him away because I don't have no light and dem tek the card. And den now, my 12-year-old daughter, she have asthma bad, that is the main why I did it," the defendant shared with the court, providing her reasons for breaching the Electricity Act (2015).

Obviously moved by her story, the judge said, "If ever there is somebody in need of mercy, it is you".

"I feel for you, in light of your hardship but you cannot continue. So I am giving you a very, very stern warning and you have to be careful too. You cannot light candles with children and leave them unattended, to end up in a worse tragedy for all of us. Madam, don't do it again," the senior judge warned.