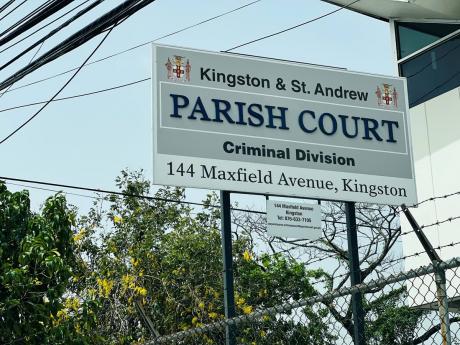 A Corporate Area man, who had four outstanding warrants against him, had his bail revoked on Tuesday after the senior parish judge described his continued absence from court as a habit to frustrate criminal proceedings.

Tindo Ellis is before the Kingston and St Andrew Parish Court for unlawful wounding and the matter was to be resolved through mediation. However, each time the matter was set for mention, Ellis did not turn up at court.

Senior Parish Judge Lori-Anne Cole-Montaque rejected the explanation that he does not deliberately miss the court dates, but cannot attend due to a baby-sitting arrangement between himself and his child's mother.

"If warrants go out for you four times, it show a disregard for the court. Put off sentencing until tomorrow, the 14th of September. You are remanded in custody until then Sir," the senior judge chided. She then instructed prosecutors and court staff to make efforts to locate the complainant, to have the matter resolved at the earliest opportunity.

"You can't have four warrants out and think I just going say 'okay, go.' No, it's a pattern, it's a terrible pattern, it's a disrespectful pattern, it's a pattern which shows you have no respect for the court and I say it all the time. We need to get back to the days where people 'fraid a court because when people know that there are serious consequences that will flow from their actions, then I believe, we will see a change in their behaviour," the jurist noted, ignoring cries from Ellis who begged not to be remanded.

"Your Honour, no," the accused man pleaded.

"If you cannot respect the processes of law and order, don't worry, I will get you there, by whatever means necessary, I will get you to that place. You are remanded until tomorrow, I hope that she (complainant) is available for tomorrow because if she is not available, you are going stay in custody until we can get her there," Cole-Montaque stressed.

With his head hung low, Ellis was carted from the courtroom by police officers. He is to return to court today.