Man stabbed to death by babymother 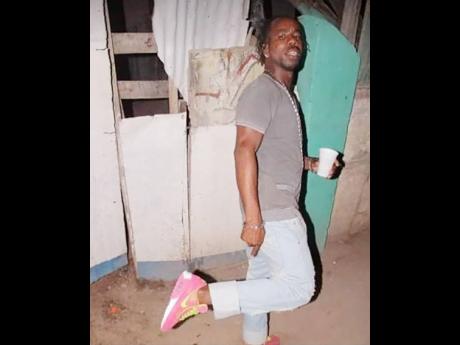 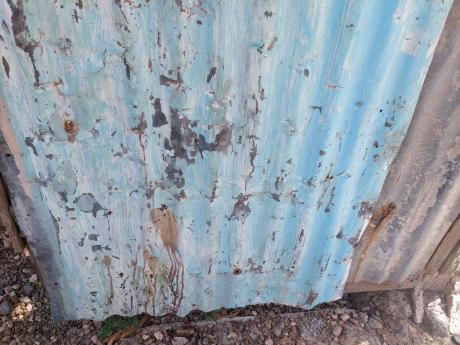 Bloodstains on the gate of the home where Simmonds was stabbed to death on Friday night.
1
2

A domestic dispute, allegedly over meals for their children, has left a 38-year-old man dead.

Kimarly 'Finey' Simmonds of Rose Town, St Andrew, was reportedly stabbed by his babymother last Friday. According to police reports, about midnight, Simmonds and the accused got into an argument about meals for their two boys. A knife was brought into play and Simmonds stabbed the accused on her right hand. She grabbed a bottle and stabbed Simmonds in the neck. The woman is reportedly in police custody. But a neighbour told the news team that the woman used a knife to inflict the wounds to Simmonds' neck and chest. He said Simmonds and the woman were not together, but he visited the yard regularly to check on the children.

"He is a good, hard-working youth and him take care a him children. Since she live here, a regular ting we would hear she a tell him say she nuh want him, and she and him left. Once him get him pay, him a come in and buy grocery fi him youth dem and ting deh. Is not a violent youth," the neighbour said. He said that he and others saw the duo involved in an altercation but never thought it would have had a deadly end.

"Him (Simmonds) a try come out with the gas cylinder. Mi a walk pass and mi see she when she raise di knife, but mi nuh hear him say nutten so mi continue walk. Afterward, mi hear say [woman's name] stab up Finey, but mi still nah tink say it a go lead up to death, because a babymother and babyfather ting," he said. He stressed that no one thought Simmonds' wounds were serious, as he appeared 'normal'.

"When him get stab, him nah bawl or anything. He wasn't saying anything. Him walk go down the road and walk come back. Him tie up him neck and walk go out a road go sidung until him start tell people say him can't move him neck or him body, and a so dem get a car and carry him go hospital. Mi never expect him to dead same way," he said.

Simmonds' aunt, who gave her name as Marva, told THE STAR that her nephew and the accused have had a rocky relationship in their eight-year union.

"Him buy gas and gas stove give har, and him carry some snack fi di kids, and see the baby dem hungry and a suck dem finger. Him go look fi har and tell har to come cook because dem hungry, and a dat cause the big problem. Him love him pickney dem gone to bed, and him very hard-working," she said. Marva said that Simmonds may have survived the attack if he was taken to the hospital earlier.

"People hear dem a argue, but everyone love excitement so dem stand up and watch. Is someone who know him good take him up and carry him go hospital," she said.