Not reporting a crime is a serious matter, says attorney 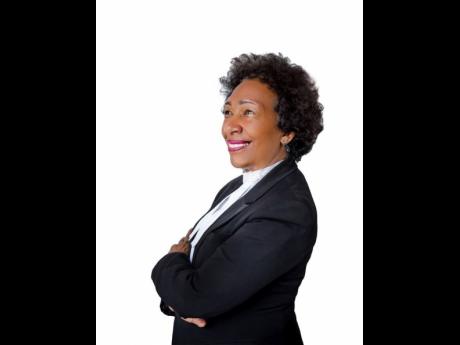 Noted attorney-at-law Valerie Neita-Robertson is warning persons that failure to report a crime they have witnessed or have knowledge of could land them behind prison bars.

Neita-Robertson told THE WEEKEND STAR that the offence, which is called misprision of a felony, is a serious one and the charges are similar to that of aiding and abetting a criminal.

"A lot of persons don't think it is serious because they are not the one who committed the offence. But, if we are going to control crime, then every citizen has a responsibility," she said.

Neita-Robertson said she is advising persons to contact the relevant authorities once they have knowledge that a crime has been or is about to be committed.

"For example, if you know a child that is being abused, you also have to notify the police. The punishment for not reporting a crime is similar to aiding and abetting. You are not the principal because you didn't commit the offence but you did not report it and that makes it a crime. One can actually serve time as a sentence," she warned.

Her comments came after it was revealed that disc jockey Kevin Campbell, 34, was slapped with the charge after he allegedly witnessed a murder on Friday, August 21, 2021 on Andrew Pen Lane in Kingston 8 and did not report it. Reports are that Campbell witnessed the shooting death of Duhaney Francis, otherwise called 'Troy', and allegedly made no effort to report the incident to the police. He was charged after witness statements listed him as being present at the time the crime was committed.

Neita-Robertson said one does not have to go directly to a police station to report a crime, as there are other methods of notifying the security forces.

"Call 911 or Crime Stop and tell what you know. We have to go beyond not wanting to be labelled as informers where we stand up for what is right. We have to be prepared to give evidence. We have a responsibility to do what is needed so that everybody is protected, including ourselves," she said.