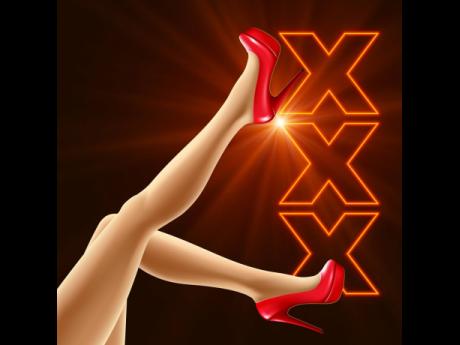 A promoter in one of the island's western parishes said taboo parties have grown in popularity recently, as she believes society is becoming acceptable of sexual acts performed outside the bedroom.

The promoter, whose name is being withheld, will be hosting her 'risque' event next week. This comes in light of the much-publicised event held on the weekend dubbed 'Combo' in which patrons could receive a combo of oral sex and full intercourse for $5,000.

The western Jamaica promoter said taboo events are being adopted as the entertainment sector grapples with the impact of COVID-19.

"People nuh want see the regular parties anymore, where they listen music and dance. They want the entertainment so I book girls for the party. I do this to entice people to attend, so that the crowd can come and that I can make some money. People are into stuff like this, because the freaky girls would come and they let themselves loose and they would be the talk of the town" the promoter shared.

The girls, who are normally nude, dub themselves 'licensed freaks', who perform illicit acts much to the delight of patrons. The promoter said her party series started in 2019 and would normally be themed, prompting patrons to be dressed in either lingerie or skimpy clothing. At the events, women are given free lingerie or swimwear.

But the promoter admitted she had to shift her focus and make a name change for the event when the pandemic caused a shutdown of the entertainment sector. Parties and large events have not been held since August, with a limit placed on the number of patrons at places of amusement.

Under the Disaster Risk Management Act, parties are not prohibited. While the promoter noted that she was aware of the guidelines, she is hoping that patrons would attend early not to breach the curfew.

"It starts at 12 p.m. but you know how people stay. Me can't force dem out early and I don't control when they leave. At my party, sexual stuff happen already. The girls dem come and say they are freaks and dem affi do weh dem affi do, to entertain the crowd. I can't really stop them. It's entertainment," she said.