Fish market is not an apartment, McKenzie warns vendors 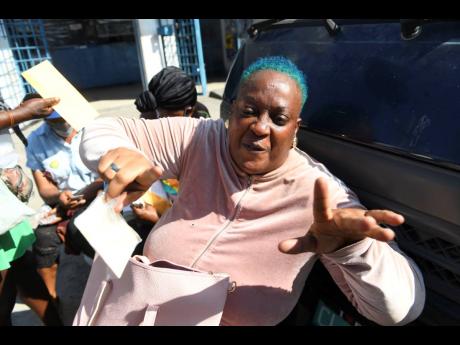 Veteran fish vendor Rose-Marie Buckley is excited about the opening. 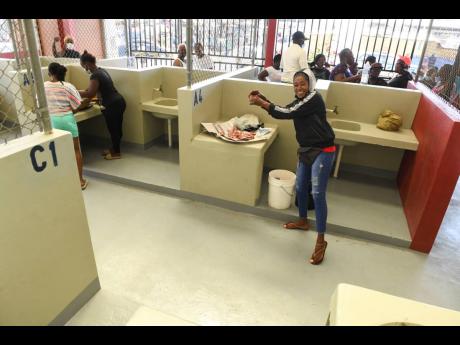 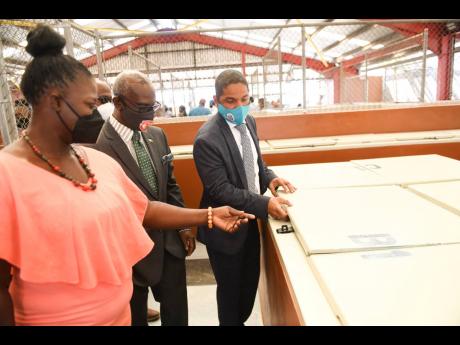 "It is not an apartment" was the admonition from Local Government Minister Desmond McKenzie to vendors at the reopening of the Red Rose Fish Market in downtown Kingston yesterday.

"It is to sell fish and nothing else. For those who are operating it is not for you to bring no coir mattress to throw on the ground. And den after yuh see TV come in and after that some relatives from country and it becomes an apartment complex. I am giving the vendors notice that this was not built for you to live in. It was constructed for you to try your trade," he said, before clarifying "When I say to sell, I mean to sell fish products and not to sell ganja, coal, clothes. It is to sell fish."

Approximately 50 vendors will be removed from the sidewalks to make use of the new and modern facility that is situated at the intersection of Rose Lane and Spanish Town Road.

Rose-Marie Buckley said she has been a fishmonger for three decades and she is super grateful for the reopening of the market just in time for the Yuletide season.

"Mi a sell on Rose Lane from mi have all a mi teeth dem and now a only some mi have. As far as mi concerned, a mi di market name after fi show yuh how long mi a sell here. Mi deh here before Whappy killed Phillup fi show yuh how long mi deh ya," she said. "From mi a 19 mi a sell out here. Mi a sell from a tarpaulin and board box used to deh out here inna di sun so mi glad di market deh ere."

Tameisha Boodie, another fish vendor, said the reopening is a breath of fresh air as she is now able to sell her product in a cleaner environment.

"I am glad we have running water because we use to have to travel with water. The place will be cleaner so no more dust and dirt to blow in our face. A lot of times, the police will try to chase us away so I am really happy," she said.

The project was a partnership between the Urban Development Corporation and The Kingston and St Andrew Municipal Corporation. The market was first built in 1986 but closed its doors years later.

But vendors clashed verbally about the stalls that they were assigned, showering each other with expletives, until the police quelled the situation.