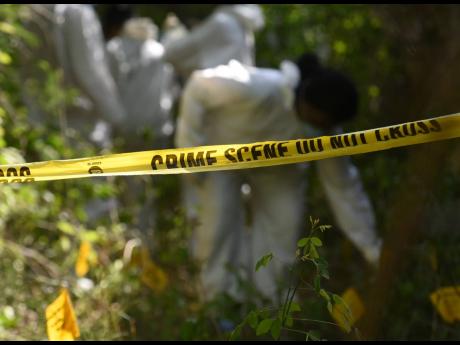 Chief investigator in the Clansman-One Dong Gang case yesterday testified that an ex-member of the latter group had told him that at least five persons were buried in the gang's alleged burial site in Waterloo Lane in Spanish Town, St Catherine.

The investigator, under cross-examination in the Home Circuit Court, said he was also told by the ex-gangster turned prosecution witness that two men from Denham Town in Kingston who were reportedly murdered by the gang were also buried at the site but was never given their names. The burial site was found by the police in June 2020 after skeletal remains were found.

The investigator had previously testified that the ex-gangster had shown him the site and that the police had found bones there. But yesterday, during questions from defence counsel, he told the court that he did not ascertain if the bones belonged to any of the missing persons.

The witness also denied that he had given the ex-gangster money to purchase guns. The investigator had testified previously that the witness handed over two of the gang's guns to him, a rifle and a shotgun. He also testified that he had accompanied the witness to Jones Avenue in Spanish Town, posing as the witness' cousin to collect the handgun which was bought for the gang for about $150,000.

The witness also rejected a suggestion from a defence attorney that the rifle that he testified he had collected from the ex-gangster was found along Port Royal Street in Kingston.

He also dismissed a further suggestion that he had taken exhibits from other matters and had included it in this case. A new witness will take the stand when the trial resumes today.