Zavier Gray has a passion for fruits 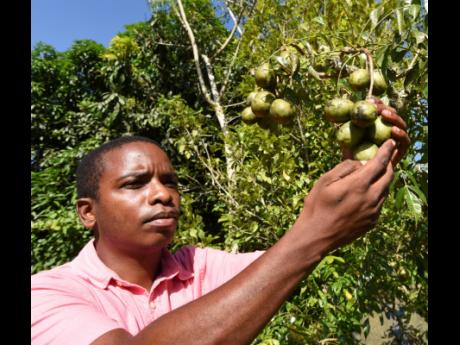 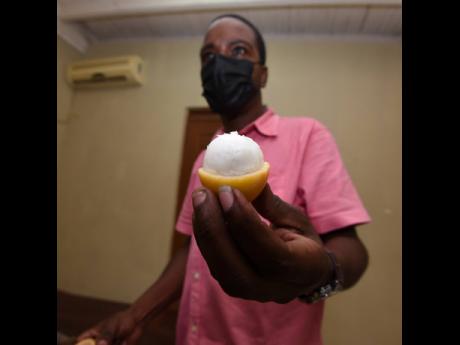 Gray displays an achachiru, which is a fruit that tastes similar to lychee and guinep. 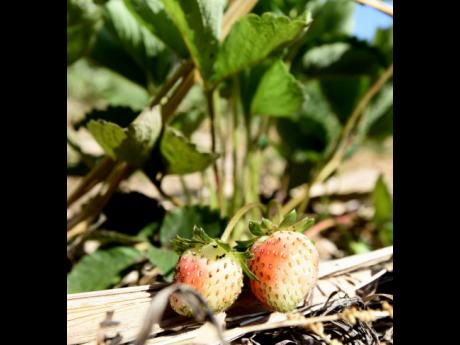 Strawberries are among the fruits grown at the Orange River Research Station in Highgate, St Mary. 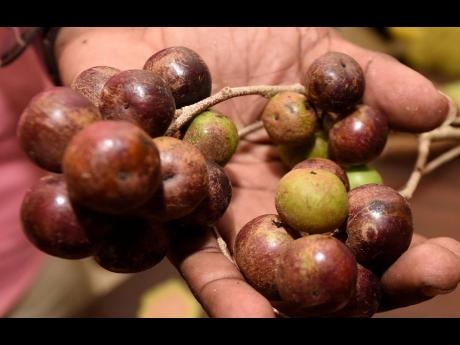 Governors plum, wich is a common fruit on the African continent and parts of Asia. 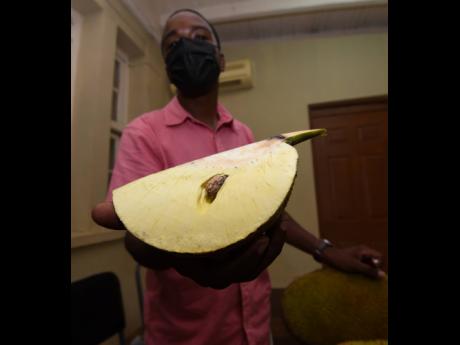 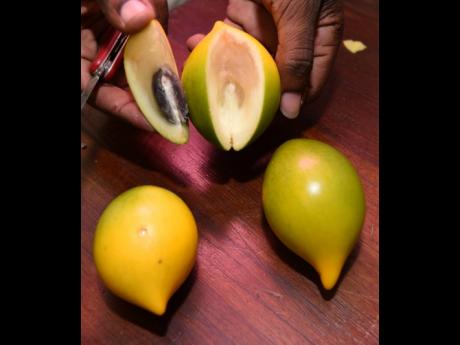 The Abiu fruit, which is a tropical fruit native to South America. 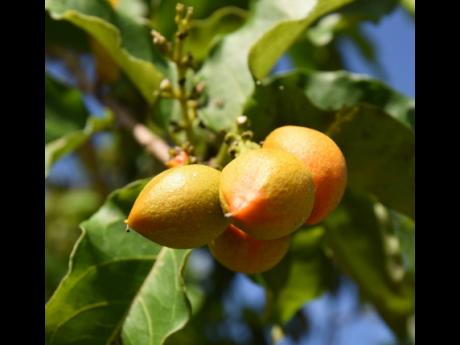 Zavier Gray was actively engaging in backyard farming with his father, Archibald, while growing up in Highgate, St Mary. He dreamt of tilling the soil of his own farm, but he was also eager to find a way to get back at the pests that were destroying his father's tomatoes. His curiosity to combat the Tobacco Mosaic Virus that was attacking the tomatoes has since blossomed into a career at the Orange River Research Station.

Gray is now the senior research director, making strides in agricultural research. He joined the team in 2000, and after being introduced to a number of unfamiliar fruits that can grow in the tropics, he developed a passion for fruit trees.

Gray wasted no time in inviting the news team on a tour of the 327-acre property that he supervises. The scent of various produce, including a breadfruit variety called ulufiti, peanut butter fruit, ice-cream bean, honey kiss, bananas, yellow star-apples and guavas permeated the air in the showroom. He admitted that agricultural research was not his first career choice, as he preferred livestock. But his time at the research station as the farm manager gave him a renewed interest.

"I search for ways to solve issues farmers would have and writing them in a research programme to solve some problems," he shared.

Currently, he leads a team of 20 in conducting research on the daunting Frosty Pod Rot disease that has been causing devastation among cocoa farmers in St Mary and Clarendon since 2016. The disease is caused by the moniliophthora roreri fungus, and the agriculture ministry's plant quarantine division said that the disease is the greatest threat to cocoa cultivation.

The St Mary High past student said the team is tirelessly seeking to develop a clone of the fruit that can withstand the disease. At the research station, a nursery hosts up to 20,000 cocoa plants that are carefully and strategically monitored for signs of the dreadful disease.

"But before we find the clone, we are preparing manuals so that farmers can know how to manage this disease. For some of the farmers, they are able to manage it, while others are still in the learning process. Another part of what we are doing here, is the propagation of a clone called the ICS-95 and that would be ready later this year," he said.

Boasting research studies certification from Brazil (2008 and 2010) as well as China in 2013, Gray stays committed to learning and discovering new techniques.

"Interacting with farmers and hearing some of the issues they would have had, and having some of the solutions and not having some, pushed me into research. Working with fruit tree crops, one discovery I have made locally is that Jamaicans in general do not have a fruit tree culture. For example, when you visit another country, you can see acres and acres of something as simple as guavas, while most Jamaicans farmers are not willing to wait that long for something to produce," he explained.

The 41-year-old said that from this discovery, he started a grafting project to assist with the faster production and reaping process, which normally takes up to five years.

"Some of the things that affect farmers a lot is climatic conditions, and that is kind of hard to study for us, and not having environmental protection," he said. Gray noted that farmers are also plagued by drought and at times are unable to find market for their perishable produce like tomatoes, watermelons and sweet peppers.

"But for some of them, we need a lot of marketing. Over the years, there has been an improvement in things that would perish normally, where you have government initiatives and outside initiatives that have brought some resilience to the pests on the island. Some of the chemicals farmers use have become more efficient in attacking some of the pests and diseases," the father of one explained.

Gray said his aim is to increase income generation for farmers and to diversify the economic performance of Jamaica by encouraging export of non-traditional crops. He also has intentions of alleviating world hunger and poverty.