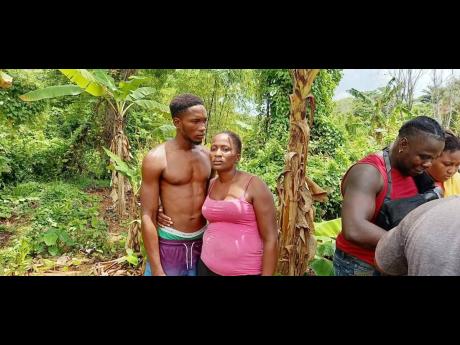 Annmarie Bryan is comforted by a family member after the burnt body of her mother was found on her farm in St Margaret’s Bay, Portland. 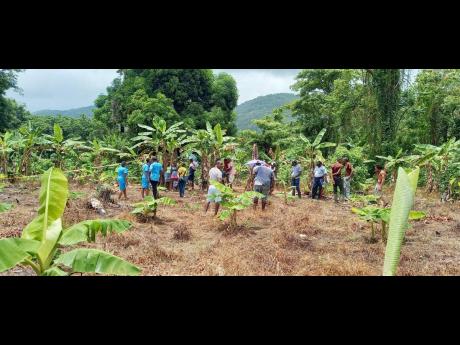 Residents gathered on a farm after farmer Cynthia Hinds was found dead.
1
2

The charred remains of 60-year-old farmer Cynthia Hinds was found at her farm in St Margaret's Bay, Portland, on Thursday. The body appeared to have multiple chop wounds, and the arms and legs were severed.

Annmarie Bryan, daughter of the deceased, suffered the agony of seeing her mother's body in the blazing hut. She had rushed to the scene after being informed by her stepfather that something bad appeared to have transpired.

"Anybody in a Portland or Jamaica call di name of Winey, Tiney, Cynthia Hinds - one word come to dem mouth ... farming or farmer. She nuh deserve this, she nuh deserve dis," she added.

Throyville Haughton, acting commanding officer for the Portland Police Division, told THE WEEKEND STAR that investigators will be working overtime to ascertain how Hinds met her demise. He said, too, that the results of the post-mortem will be critical in the probe.

'"I have seen that the community is hurting, based on what is happening here, and we have had the assurance that the police will be supported in getting to the bottom of this matter as quickly as possible," Haughton said.

The acting commanding officer said that the police are concerned about the spate of murders that have been rocking the north-eastern parish in recent times.

"This is the third incident involving individuals being killed and set ablaze. We have not yet confirmed whether or not this is an actual murder, but as lawmen charged with the responsibility to serve, protect, and reassure, we are very concerned. I urge all citizens to share any information that they have, which will allow us to pursue and arrest anyone that commits a crime," urged Haughton.