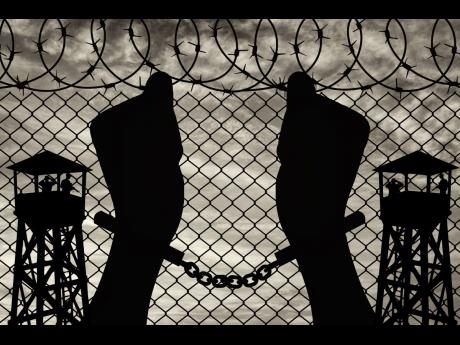 A confessed cocaine user was sentenced to two years' imprisonment when he appeared in the Kingston and St Andrew Parish Court yesterday for slashing a man and stealing his phone.

It was his 18th conviction, the most recent being in 2020, when he was sentenced to four months at hard labour for assault occasioning bodily harm. His lawyer told the court that her client, a fisherman, has a history of cocaine abuse.

In the case that landed him in court yesterday, Senior Parish Judge Lori-Ann Cole-Montague heard that on May 26, 2019 at 6 p.m., the complainant was standing in a section of Hope Gardens when Lindsay approached him and demanded to search his pockets. It is alleged that the complainant resisted, and Lindsay pulled a knife and took the complainant's cell phone. He then used the knife to cut the complainant's nose, causing it to bleed.

"I did told you that I had about 15 convictions, Your Honour," Lindsay replied. The judge told Lindsay, a father of two, that his criminal records are a bit concerning and that his actions have great consequences.

"You have to go to prison, there is no way that prison will escape you today, not with the record," Cole-Montague stressed. Before handing down the sentence, the judge said she considered the facts of the case, paying keen attention to how Lindsay carried out the offence and where it happened.

"People should be free to spread out their picnic blanket in these stressful times, especially now that we are in a pandemic. The few places that the Government free up, people should feel free and comfortable to go somewhere and clear their head. You went there and disrupt the man's peace," she said.