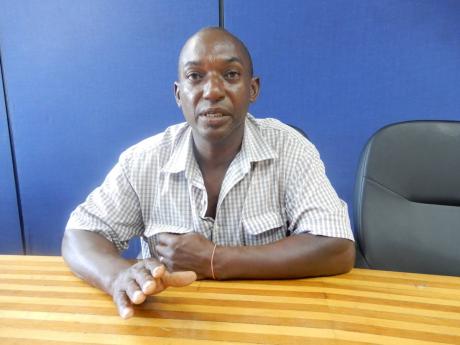 Collin Tyrell was left confused after he received his light bill for September from the Jamaica Public Service Company (JPS).

He told THE WEEKEND STAR that the bill for $21, 612, was almost double what he would normally receive monthly.

Tyrell said he took the matter to the utility company's Ruthven Road office but was told that what he was getting were estimated bills.

Tyrell said he's unemployed, and lives with his wife. He said that he recently switced to LED bulbs to reduce his energy output.

"I ask dem for some more time to pay the bill, dem seh dem dem cya do that," he said. "Mi nuh have the money fi pay the extra bill that's why mi budget miself fi pay a month time, because mi nuh wait suh till it come up to when mi cya afford it."

Audrey Williams, media and public relations manager at JPS, confirmed to THE WEEKEND STAR that Tyrell's bill came to that amount because his previous bills were estimated.

"This September reading that we're seeing is an actual reading, but he was (receiving) estimated (bills) prior to that, June July and August were estimated. So whatever underestimation would have happened within that period, came over to this bill now," she said.

However, she said given the fact that he paid so much of the amount, he should be granted a hold on his account.

Williams promised to contact Tyrell to work out his payment.