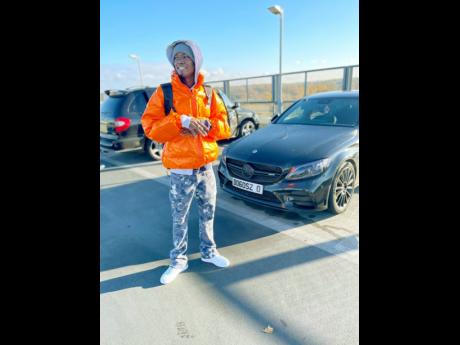 Dancehall artiste Nervz is excited about his experiences on his first promotional tour of the United Kingdom.

He performed at his first show, dubbed 'Dancehall Algorithm' in Birmingham on December 2. The dancehall young blood also made appearances at shows in Bradford on December 3 and in North London on December 4.

"The vibes were really great, the fans came out and they reacted well to my songs, especially Banga Tone and Polo For Days. Mi love the British vibes, they know how to party and have a good time," said the artiste, whose given name is Michael Atkinson. He will also be doing a press run at ethnic radio outlets and newspapers in the UK.

Over the past year, Nervz has built up a decent underground following for songs such as Brawling and the aforementioned Banga Tone, the latter receiving nearly one million views on YouTube. He has consistently released music on various digital platforms through a series of popular mixtapes.

"The streets are really vibing to my music, and the songs are getting traction on the international stage, so I am anticipating major progress in 2023," he said.

Born in Kingston, he grew up in St Catherine and since his days at Willowdene High School, he has always been an avid music lover.

"I got into songwriting once I saw that my friends loved my rhymes. And as I became more experienced, a friend of mine called Kryptonite inspired and motivated me, and I decided that I would go into music full time," he said.

Nervz describes his sound as "unique and pulsating", drawing inspiration from his fans as he tackles real-life problems and issues.

"My music appeals to the soul," he stated. "I put my heart and soul in my work, and I do feel like what I create is a masterpiece that people will love and enjoy. I enjoy writing. My emotions and feelings help to inspire my work. I enjoy making good music. I see my mission as healing and motivating souls."

Since 2019, Nervz has been a full-time artiste and has been signed to the Rema Links and Quantanium Record labels, with whom he has released several singles.