Statikk shares the ‘Struggles of Life’ 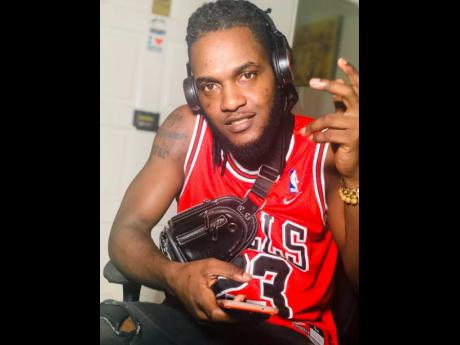 Newcomer Statikk has experienced hardships first-hand and shares his journey about overcoming the odds on his latest record, Struggles of Life, which was produced by Arcardo Raymond of EasyR Records.

"The hardships that I faced while growing up as a youth and seeing my parents in the struggles were what inspired me to write this song. I can relate entirely to this song because it's coming from my own experiences and from my heart," said Statikk.

Since the song's release on November 20, the video has racked up close to 10,000 views on YouTube.

"The feedback has been tremendous so far. I bring forth the truth with words to nurture the mind," said the Portmore-based singjay. Born Davian Gray, Statikk is originally from Belvedere in Westmoreland. He attended Anchovy High School in St James before moving on to further his studies at the HEART/NSTA Trust.

He relocated to Portmore to further his musical ambitions. "For me, music has always been in my DNA. From a tender age, I got a call and I answered and from there on it has been a joy doing music," he said.

Said Statikk, "I grew up seeing my mom attending church singing. My dad was a singjay, as well. He once owned a small sound system and got a lot of fight just trying to get his talent out there. I also got some fight, but I always have this passion for good music with optimistic messages that can later navigate this society from the mental slavery that they are trapped in."

His first recording was Run Dem Down, which not only highlighted the ills of society, but also offered solutions. Since teaming up with Raymond, he has seen an upswing in his career.

"For me this is more than a dream coming through, this was ordained. I have never gotten this close to victory in my entire life, so I have to show gratitude to fada God and my sincere respect to Cardo (Raymond) every time. Him neva have to pay attention to my cry and he did. Now it's on to a next level," said Statikk.