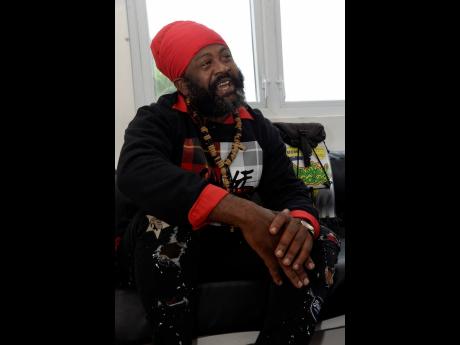 Fantan Mojah delivers the rhythm's title track and explained how he got involved with the project..

"I was introduced to the project by Turbulence. It's the unity and the love of the Rasta community and what we stand for that gave me the inspiration to write the song," said Fantan Mojah. This is Fantan Mojah's first time working with the veteran producer and he said that he loves the feedback.

Hanson said, "I have been working on this project for over 18 months and, based on the mystical vibe of the rhythm itself, I knew the direction. But, at the time, I didn't give it a name until Fantan Mojah recorded his song Rasta Yaad. That's when I named the project," he said.

Several other big names are featured on the rhythm. Anthony B delivers Most High, Lutan Fyah contributes with Still a Love Jah, Turbulence has Why Not Live, and Mykal Rose with Brutal.