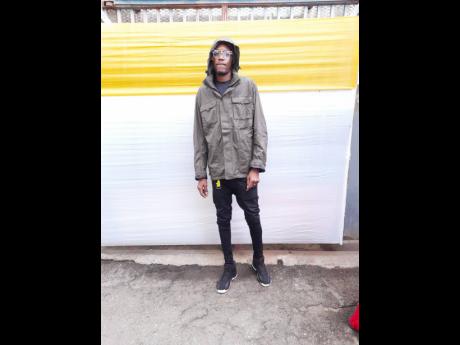 Demar Isaacs didn't always get the support of some family members for his dance ambitions. Instead, he was being pushed into law enforcement.

"Now, everybody a seh mi a di biggest thing from Central Village right now," the 27-year-old, who goes by the name Pencxl Kydd, told THE WEEKEND STAR.

He has distinguished himself as the 'freestyle king' of dance, though he admits to reserving freestyles for battles these days because of the physical risks of freestyling. His other specialty is "mi can do five dance video inna one day, inna different set of clothes with five different backgrounds. Some people can't do that."

The towering dancer is versed in varied dance forms, but prefers to dance to slow music.

"Mi love listen to dancehall but when mi listen to slow music and romantic songs, it keep mi body warm," he said.

Interestingly, dancing was never appealing to the former Hydel High School student. He didn't regard the profession as financially rewarding, but had a change of heart in 2017 when he started receiving opportunities to perform on shows like Reggae Sumfest and Dream Weekend. He's also appeared in several music videos and the films Top Boy 2 and Intent 2.

"Right now dancing a my job and I ventured into classes, too, but because of COVID, I had to switch to online classes," he said. "Mi just recently start doing physical classes again. Mi also promote people's parties, which is a way I've made my name in my community."

Also a member of the Black Dice crew, Pencxl Kydd sees himself teaching classes in Europe in the near future. It's a dream that is fuelled by his desire to make his mother proud.

"My mom passed away in 2004 and she did know seh mi coulda wiggle up myself, but back then mi did inna four grade," he shared.

His long-term goal is to have his own dance studio or dance gym.