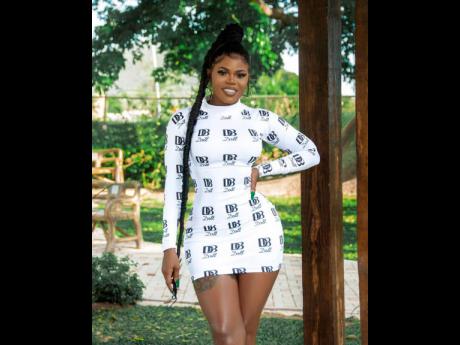 Queen Nikki is sounding a warning to mothers, urging them to be more protective of their children.

This after news that four-year-old Nashaun Brown died at the Spanish Town Hospital after being beaten by his stepfather earlier this week.

"Whenever mi hear nobody talk bout it (the beating) is like mi whole day spoil," she said in the most recent episode of STAR CHAT set to air this Saturday on THE STAR's YouTube channel.

While theorising that the stepfather may have been beating the child over time, she suggested that the mother could have done more to prevent the tragedy.

"Mi nuh even wah beat di mother too bad but sometimes yuh have some female weh blind to certain things," she said. Allegations are that Nashaun was beaten with a stick for eating slowly. The mother was also reportedly injured when she tried to intervene.

Queen Nikki, who is a mother of two, says her children's fathers understand that corporal punishment is a 'no-no' in her books. "Mi have two kids innu and when it come to certain things mi nuh run joke. My kids have two different fathers and none a dem can't put dem hands pan my pickney make me see else a problem. Dat can never happen," she said, urging mothers to be solid, protective guardians. "Ladies, please stand unu grounds and nuh make dem man yah get too much a unu and do too much thing and have too much power over unu and unu pickney."

Queen Nikki also encouraged women who feel powerless in the face of abuse to seek help. "If unu think things ago happen to you and ur child or unu feel like unu ago homeless, mi rather unu homeless. People will see unu and reach out and help more dan man a beat up yuh pickney like that and it cause death. Reach out to somebody, talk to somebody, you will get help," she said.

Nashaun's stepfather, Shaun Bennett, 24, has been charged with unlawful wounding, assault occasioning actual bodily harm, cruelty to child and child abuse. He is scheduled to appear in the St Catherine Parish Court next Tuesday, July 27. Queen Nikki says he should face a punishment harsher than life behind bars.