Kev Kush teams up with Quada for new song 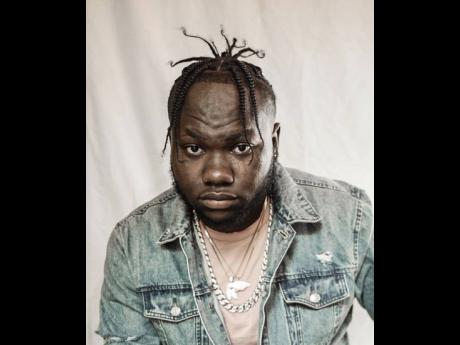 Recording artiste Kev Kush has teamed up with colleague Quada on a new track titled If Dem Ask, which was officially released on July 16.

"This song is a compilation of multiple topics, mainly to show our versatility and lyrical talent," Kev Kush explained. While they knew each other beforehand, this was the first collaboration between him and Quada.

"My respect goes out to Quada for agreeing to do this collaboration. I spoke to my producer about getting him as the feature for about six months then we finally made it happen. I appreciate how hard-working and humble Quada is, he's also really creative," said Kev Kush.

"My last couple of songs have been creating tremendous buzz both in my community and in the streets. This track with Quada is already getting love because it's out on all streaming platforms and I'm grateful to see how well it's doing, so I know for sure it's going to be big," he added.

The accompanying music video, which was filmed and directed by Darkmoon Cinema, made an impressive debut on release day, peaking at number 38 on the YouTube Jamaica trends.

"I have high hopes for this track because of the energy that was put into it, and I do believe this can be one of the biggest songs for 2021," he added.

In the game professionally for the past four years, Kev Kush is a versatile artiste who is bringing his unique style to the scene.

"My music is different because I'm different, in terms of lyrical ability, flow, cadence, appearance and a lot more. My name is Kev Kush and there's only one me so I have to be different and I only compete with myself to be a better artiste," he said. "I've got a lot of music to release this year. COVID slowed down the entertainment business but I've been in the studio recording, waiting for the country to open up again."