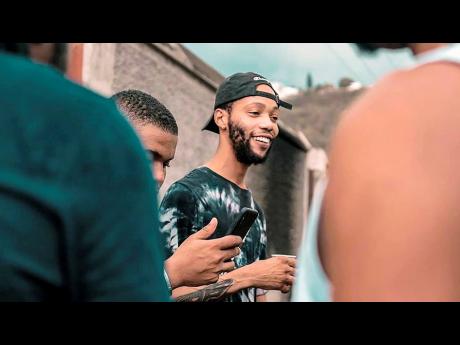 Franc White, the producer-engineer who has been working closely with dancehall's trending acts Intence and IWaata under the Zimi Entertainment imprint for the past two years, says that the local music industry can look forward to more hits this year.

This after Intence's New Year single spent five days at the number one spot on YouTube, and, two weeks later, is currently still trending in the top five.

That success, he told THE WEEKEND STAR, "is because the drive is there from the production team as well as the artistes."

"Nuff time the drive not there, is just a man want to get a song done, recorded, and out the door. But then, what the next step? The same interest that a young, up-and-coming artiste would show in wanting to work with a producer of his or her choice, should be matched or topped by the established ones ... that shouldn't change because of success," White continued.

White has been responsible for much of the mixing and mastering of the tracks. Intence's Antisocial and Y eng, released last year, exceeded expectations with over three million views on YouTube; both were recorded on rhythms created by White.

He said that he has been experimenting with music for more than five years, learning to use the tools and software then further examining the business of music.

"I have taken the time to learn from the roots up, meaning, the ins and outs of how recording was done from '50s to modern techniques," he said. "Working as an engineer for other artistes like Jah Cure, Patoranking, Jah Vinci, Luciano, Pinchers, a lot of veterans, has exposed me to a lot more than can be seen with the eye. Knowing all the technical stuff is important but it is also about your ears and what people with those ears can exchange with you."

For 2021, Franc White said he would like to do more juggling rhythms and feature more artistes.