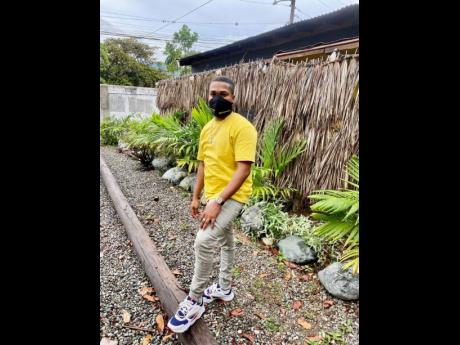 Young producer Simple Boss of Simple Boss Records has been beaming since the release of the single Cono Pon Fire by controversial artiste Gold Gadd.

The single has racked up more than a million views since its release two weeks ago.

Simple Boss, given name Dwayne Griffins, told THE STAR, "In the community where I grew up I see a lot of talent going to waste, so me decide to start my own label and start voice up the youths dem, hoping for better dancehall. It never tek long for listeners to gravitate to the production, as we can see."

His publicist Sassysemma, from Semma Entertainment and Tube Productions, said the Game Changer rhythm, on which the song is featured, "was created to give the young vibrant artistes in the industry a chance to be featured on a hot riddim, so to speak". "He (Simple Boss) has been on the scene for a few months and it's been a good look for the young lad," said Sassysemma.

Simple Boss said that he expects to impact dancehall in a meaningful way.

"I like the new genre of dancehall production, I think the sound is the way forward. I wouldn't differentiate myself from other producers; however, I think my work stand out. Me see dancehall as a big segregation right now and mi would love to drop a juggling wid 'Alka' (Alkaline) and 'Teacha' (Vybz Kartel) pon it and mek dancehall nice again," said Simple Boss.