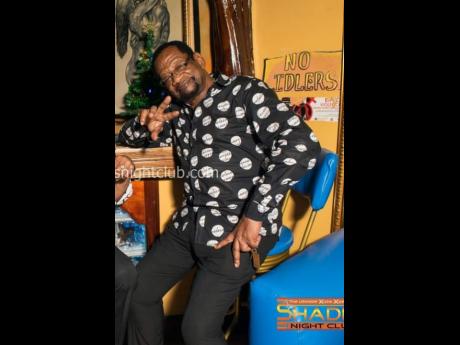 Cameron was the founder of the world-famous Shades Night Club, an entertainment complex in Content near Ocho Rios, that has been in operation for almost three decades.

It also boasted a restaurant, limited accommodations, a jacuzzi, a VIP room and a sports bar.

Cameron was born in Jamaica, but migrated to London as a youngster where he worked for many years as an executive administrator at the Public Works Department.

After returning to Jamaica, he established his first night club, The Dolphin, in Highgate, St. Mary.

He later relocated to Ocho Rios where he bought the Wicky Wacky Club and converted it to an all-night pleasure palace where tourist tour buses would pull up for drinks and the late show.

"We have lost an icon in the adult entertainment industry", Winston Carter, executive manager at Shades told The STAR.

"The calm, quiet and easy-going giant was widely respected locally and internationally, and he has impacted the lives of thousands at home and abroad", Carter added.

From time to time Cameron and his unusual nightclub were lavished with stories from international magazines.

"Tourists would arrive by the bus loads after 11 o'clock to be a part of the experience that was Shades night club. Hugh Hefner founded Playboy and  Lloyd Cameron founded Shades," a frequent patron of the club in the nineties told The STAR.

One of Cameron's peeves in the local entertainment industry was what he termed the hypocritical reluctance of liquor companies, to sponsor events that were hosted by his club, despite the fact that Shades generated big bucks in annual beverage sales.

This hurdle did not deter his efforts as he often hosted on- and off-site celebratory events.

Shades say they will continue operations, as were the wishes of Cameron, COVID-19 conditions permitting.

Send-off plans for Lloyd Cameron will be announced at a later date.