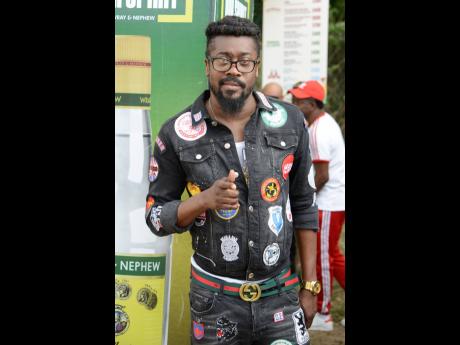 "The police say if we play one more song, dem a guh arrest everybody in here," Beenie Man warned at the close of Killamanjaro's 50th anniversary celebrations, held at House of Dancehall last Saturday night.

Once again, the highly debated Noise Abatement Act had stolen the show.

"The 2 o'clock lock-off time is not necessary for dancehall. We don't believe inna it and we don't like it. It's unfair. It's not really a good thing for dancehall, because you have some people wake up 2 o'clock and bade and ready fi go a dance. I don't get it. People supposed to be free. Dancehall is a ghetto ting and ghetto people vote. Think about it," Beenie Man told THE STAR, moments after clearing the stage.

Mere minutes past 2 a.m., a muttering, reluctant crowd turned out of the Cargill Avenue hotspot - after artistes and other agitating aspirants struggled to claim the mic. During the final half-hour of the event, before the self-proclaimed King of the Dancehall necessarily closed the show -patrons were indeed treated to an entertaining showcase of dancehall greats - that soon turned into a melee for the mic.

In a rush to get their verse in before 2 a.m., unfamiliar men un-impressively interrupted the billed acts. But before the breakdown that forced Beenie Man to solemnly bid farewell, there was magic on the mic from the likes of Puddy Roots, Little John, Ninja Ford, Icho Candy, Fantan Mojah and Junior Cat - who especially brought out some 'rude bwoy' energy.

Also out in a show of support for the 50-year-old sound were Killamanjaro's natural nemeses - Metro Media, Bass Odyssey, Sound Trooper and Body Guard. Among the stars in the crowd were Carlene Smith, Jack Scorpio, Harry Toddler and David Rodigan.