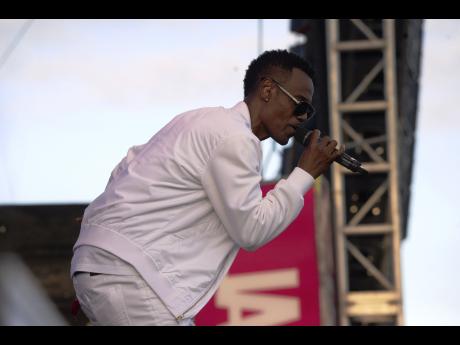 Reggae singer Wayne Wonder says he intends to rock the audience with a slew of hits from his expansive catalogue, when he performs at Appleton Estate Signature Nights on November 28, at Peppa Thyme Restaurant in Constant Spring, Kingston.

Wayne Wonder has been a household name in the world of Reggae since the early 1990s. Among his biggest hits are 'Bounce Along', 'Hold Me Now', and 'Saddest Day of My Life'.

His signing to Atlantic Records in the early 2000s gave birth to the Steven ‘Lenky” Marsden produced mega-hit ‘No Letting Go'.

“It’s my first time performing at Appleton Estate Signature Nights and I’m excited to get up close and personal with my fans,” said Wonder.

Marsha Lumley, marketing director at J. Wray and Nephew, is looking forward to what Wayne Wonder will bring to the series.

“We’ve had two magnificent stops over the past couple of months, and the people in attendance were ecstatic. It’s only right that we give Kingston a production that reflects similar energy through a combination of Wayne Wonder and Appleton Estate cocktails,” she said.